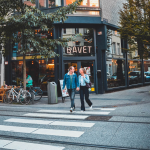 Under the Tuscan sun

Probably you’ve been there before as it is one of Italy’s most visited areas. And for a good reason. For years it is known for old farms on the countryside, medieval towns where time seems to stood still, fantastic wines, delicious ice creams and where making pasta is just a way of raising children.

In the week that we were there, we’ve been driving (as usual) many kilometers once again. But we took plenty of time to explore cities such as Florence and Siena, discovered less known, almost Caribbean beaches with crystal clear waters and tropical white sands, witnessed a 368 year old tradition at the horse races (Il Palio) and drove along the best wines from the region.

Road trip time! A Brisbane to Melbourne guide
2 weken ago

How to Hunter Valley for beginners
6 maanden ago

Underwater world of Tangalooma and how to keep it alive
8 maanden ago
Instagram has returned empty data. Please authorize your Instagram account in the plugin settings .